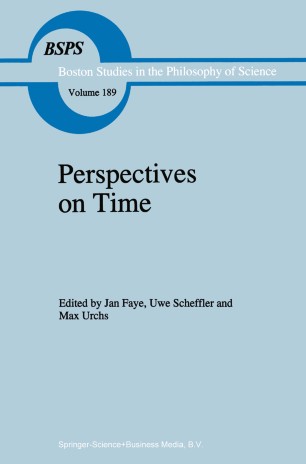 Part of the Boston Studies in the Philosophy of Science book series (BSPS, volume 189)

Perspectives on Time deals with the problem of time from different perspectives such as logic, physics and philosophy. It contains 18 previously unpublished papers, written by philosophers from various European countries, as well as a large introduction about the history and the main situation in the respective fields today. The prominent issues which are addressed in this book concern the direction of time, the reality of tenses, the objectivity of becoming, the existence in time, and the logical structures of reasoning about time. The papers have been written based on different approaches, partly depending on whether the authors subscribe to an A-theory or a B-theory of time.
Audience: Due to the broad variety of approaches the book contains important contributions both for philosophers, philosophers of science, logicians and for scientists working in the field of language and AI.