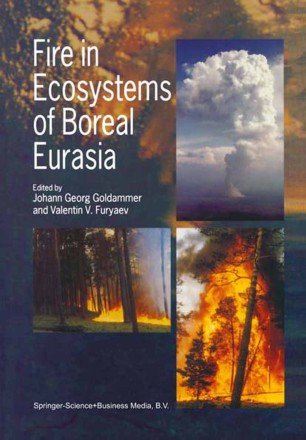 Fire in Ecosystems of Boreal Eurasia

One of the first priority areas among joint East/West research programs is the rational use of natural resources and sustainable development of regions. In the boreal zone of North America and Eurasia forests are economically very important and, at the same time highly vulnerable to disturbances. Because of its size and ecological functions the boreal forest zone and its most dynamic disturbance factor - fire - play an important role in ecosystem processes on global scale. Interest within the global change research community in Northern Eurasia (Fennoscandia, European Russia, Siberia, and the Far East of Russia) has grown dramatically in the last few years. It is a vast area about which very little is known. It is a region where temperature rise due to anthropogenic climate forcing is predicted to be the greatest, and where the consequent feedbacks to the atmosphere are potentially large. In addition, it is poised to undergo rapid economic development, which may lead to large and significant changes to its land cover. Much of this interest in Northern Eurasia, as in the high latitude regions in general, is centerd on its role in the global carbon cycle, which is likely to be significantly affected under global change. New research initiatives between Western and Eastern countries have been designed to address a series of phenomena, problems and management solutions.