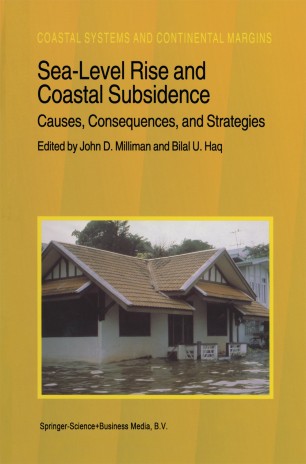 Greenhouse-induced climate warming increasingly appears to be a reality, and the warming climate will be accompanied by an accelerated sea level rise - as much as 60-100 cm over the next century. What is commonly absent in the discussion of rising sea level, however, is the role played by the subsidence of low-lying coastal areas, which can have a far greater local effect than the eustatic rise of the sea. The combined sea-level rise and land subsidence will almost certainly make the greatest impact on coastal societies in the densely populated regions of southern Asia, but its effects will be felt globally.
This volume explores the concepts of sea-level rise and coastal subsidence, both natural and anthropogenically accelerated, in the form of a series of case studies in such diverse locations as Bangkok, Bangladesh, Venice, and the Niger and Mississippi deltas, as well as a discussion of the economic, engineering and policy responses that must be considered if the effects of local sea-level rise are to be mitigated.