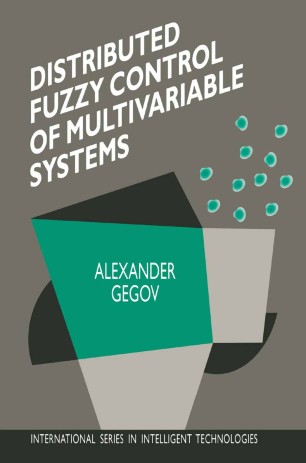 It is known that many control processes are characterized by both quantitative and qualitative complexity. Tbe quantitative complexity is usually expressed in a large number of state variables, respectively high dimensional mathematical model. Tbe qualitative complexity is usually associated with uncertain behaviour, respectively approximately known mathematical model. If the above two aspects of complexity are considered separately, the corresponding control problem can be easily solved. On one hand, large scale systems theory has existed for more than 20 years and has proved its capabilities in solving high dimensional control problems on the basis of decomposition, hierarchy, decentralization and multilayers. On the other hand, the fuzzy linguistic approach is almost at the same age and has shown its advantages in solving approximately formulated control problems on the basis of linguistic reasoning and logical inference. However, if both aspects of complexity are considered together, the corresponding control problem becomes non-trivial and does not have an easy solution. Modem control theory and practice have reacted accordingly to the above mentioned new cballenges of tbe day by utilizing the latest achievements in computer technology and artificial intelligence distributed computation and intelligent operation. In this respect, a new field has emerged in the last decade, called " Distributed intelligent control systems" . However, the majority of the familiar works in this field are still either on an empirical or on a conceptual level and this is a significant drawback.