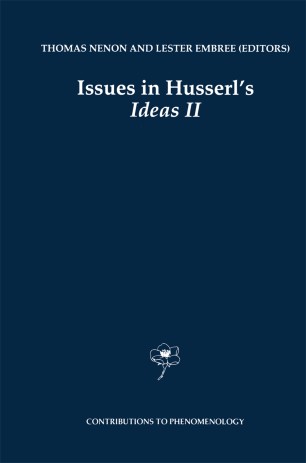 Part of the Contributions to Phenomenology book series (CTPH, volume 24)

This volume is chiefly composed of revised versions of essays presented and discussed at the research symposium of the same title held in Delray Beach, Florida, on May 7-9, 1993. The symposium was conducted under the sponsorship of the William F. Dietrich Eminent Scholar Chair in Philosophy at Florida Atlantic University and the Center for Advanced Research in Phenomenology, Inc. Several essays have been added, including the Husserl ineditum and its translation. The intention of the project was to attract even wider appreciation for this posthumous work by Husserl, especially since it has now been first translated into English by Andre Schuwer and Richard Rojcewicz. In manuscript form, the Ideas II was known to Martin Heidegger and Maurice Merleau-Ponty before Sein und Zeit (1927) and Phenomenologie de la perception (1945), as well to Edith Stein and Ludwig Landgrebe, of course, who worked on it as Husserl' s assistants. It was published in 1952 as Volume IV of the Husserliana series, and critical studies of that volume were written by Paul Ricoeur and Alfred Schutz. Now that there is an English translation, it is increasingly being taught in the United States along with the Ideas I.