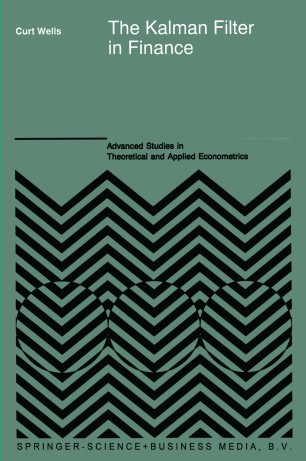 The Kalman Filter in Finance

A non-technical introduction to the question of modeling with time-varying parameters, using the beta coefficient from Financial Economics as the main example. After a brief introduction to this coefficient for those not versed in finance, the book presents a number of rather well known tests for constant coefficients and then performs these tests on data from the Stockholm Exchange. The Kalman filter is then introduced and a simple example is used to demonstrate the power of the filter. The filter is then used to estimate the market model with time-varying betas. The book concludes with further examples of how the Kalman filter may be used in estimation models used in analyzing other aspects of finance.
Since both the programs and the data used in the book are available for downloading, the book is especially valuable for students and other researchers interested in learning the art of modeling with time varying coefficients.