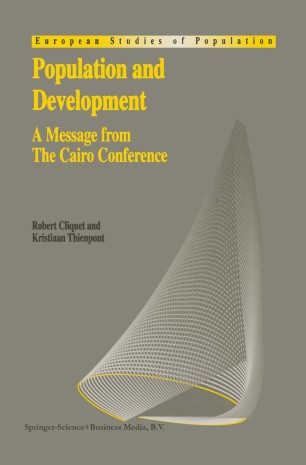 A Message from The Cairo Conference

Since the onset of modernisation the world population has doubled several times and will soon reach 6 billion of people. The annual rate of increase in the world population is approximately 90 million people. This is the largest absolute level of population growth ever recorded. According to the most recent population projections of the United Nations, the world population will probably double again before stabilising at a stationary level. Ninety percent of the present and future population growth is accounted for by developing countries.
The fast increase in the size of the population in many developing countries is a serious obstacle to their attempts to overcome their backwardness, make a substantial improvement to their quality of life, and achieve a sustainable way of exploiting their renewable and non-renewable resources. At the same time, non-sustainable consumption and production patterns in the industrial countries and among wealthy citizens in developing countries, place additional burdens on the planet's natural resources and ecosystems.
With a view of considering these problems and elaborating policy guidelines, the United Nations staged its International Conference on Population and Development (ICPD) in Cairo, Egypt, September 5-13, 1994.
This monograph deals with the background to the ICPD, its preparation, proceedings, and contents. It also evaluates its results and recommendations by comparing the ICPD Action Programme with the current scientific literature.
The ICPD dealt with the key issues concerning the interrelations between population, development and environment, and their causes, and was not limited to marginal issues such as abortion, promiscuity and homosexuality as was the impression given in the media as a result of the way these questions were distorted by the action of religious fundamentalists. The ICPD Action Programme forms an impressive charter with a broad range of relevant policy recommendations. Nevertheless, compared to most of the current scientific literature, the ICPD seems to underestimate the seriousness and urgency of the issues at stake.