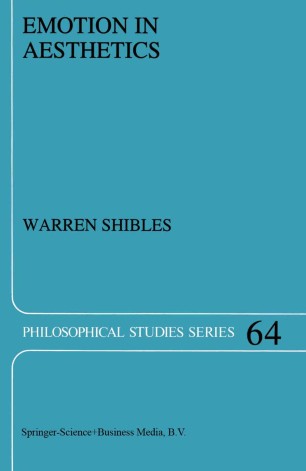 Emotion in Aesthetics is the first book on aesthetics to provide an extensive theory of emotion; application of the cognitive-emotive theory to aesthetics; analysis of the relationship between aesthetics, metaphor and emotion; a full theory of meaning and its application to aesthetics; discussion of the relationship between aesthetics, music and language in terms of phonetics, phonology and intonation; an analysis of humanistic aesthetics; a well-developed naturalistic theory of ethics as applied to aesthetics and emotion. Stress is placed on the views of contemporary philosophers as well as some of the main historical accounts of emotion in aesthetics.
The important recent work on emotion has not hitherto been applied to aesthetics. As a result there is still much confusion in aesthetics about aesthetic emotion and related concepts, such as the expression theory of emotion. The present book has been written to show how the theory can be used to clarify the issue, resulting in a major breakthrough in aesthetics. In addition, the theory presented is valuable in relating aesthetics to ethics and humanism.