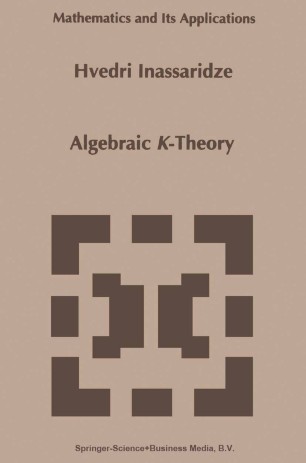 Part of the Mathematics and Its Applications book series (MAIA, volume 311)

Algebraic K-theory is a modern branch of algebra which has many important applications in fundamental areas of mathematics connected with algebra, topology, algebraic geometry, functional analysis and algebraic number theory. Methods of algebraic K-theory are actively used in algebra and related fields, achieving interesting results.
This book presents the elements of algebraic K-theory, based essentially on the fundamental works of Milnor, Swan, Bass, Quillen, Karoubi, Gersten, Loday and Waldhausen. It includes all principal algebraic K-theories, connections with topological K-theory and cyclic homology, applications to the theory of monoid and polynomial algebras and in the theory of normed algebras.
This volume will be of interest to graduate students and research mathematicians who want to learn more about K-theory.