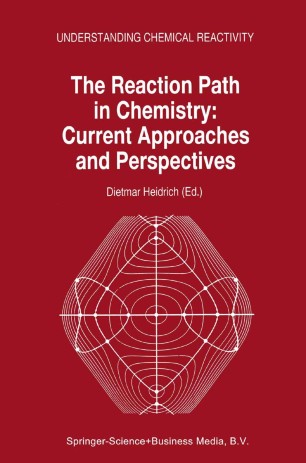 The Reaction Path in Chemistry: Current Approaches and Perspectives

The so-called reaction path (RP) with respect to the potential energy or the Gibbs energy ("free enthalpy") is one of the most fundamental concepts in chemistry. It significantly helps to display and visualize the results of the complex microscopic processes forming a chemical reaction. This concept is an implicit component of conventional transition state theory (TST). The model of the reaction path and the TST form a qualitative framework which provides chemists with a better understanding of chemical reactions and stirs their imagination. However, an exact calculation of the RP and its neighbourhood becomes important when the RP is used as a tool for a detailed exploring of reaction mechanisms and particularly when it is used as a basis for reaction rate theories above and beyond TST. The RP is a theoretical instrument that now forms the "theoretical heart" of "direct dynamics". It is particularly useful for the interpretation of reactions in common chemical systems. A suitable definition of the RP of potential energy surfaces is necessary to ensure that the reaction theories based on it will possess sufficiently high quality. Thus, we have to consider three important fields of research: - Analysis of potential energy surfaces and the definition and best calculation of the RPs or - at least - of a number of selected and chemically interesting points on it. - The further development of concrete vers ions of reaction theory beyond TST which are applicable for common chemical systems using the RP concept.

` ... will be of use to any chemist with a desire to know about how chemical reactions are described in detail. It is especially useful for the computationally minded researcher who wants to go beyond the standard description of chemical reactions in terms of structures of reactant(s), transition state, and product(s).'
Journal of the American Chemical Society, 119:6 (1997)
Buy options