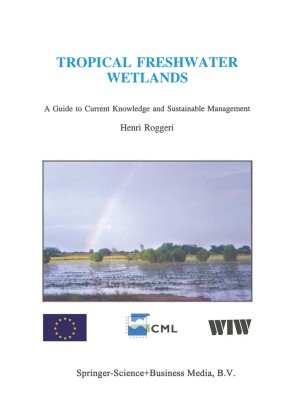 A Guide to Current Knowledge and Sustainable Management

Part of the Developments in Hydrobiology book series (DIHY, volume 112)

Wetlands could be described as land and water at Tropical wetlands: one and the same time, and as such are very specific on the brink ecosystems. Their often rich variety of resources makes them highly valuable to the peoples who live With a few exceptions (like the Everglades in the or regularly stay in them. However, access to them United States), the last remaining large wetlands are to be found in developing countries. Perhaps this can is difficult and those unaware of their services be explained by insufficient financial resources, frequently associate wetlands with such nuisances and calamities as mosquitos, disease, floods, impen­ lower popUlation density or a different concept of etrable wastelands, etc. As a result these areas are development and well-being. Whatever the reasons, often perceived as obstacles to human development many tropical wetlands still exist and support the and well-being. subsistence of many communities. But for how much History reflects these two views. Wetlands may longer? have been the cradle of great civilizations (like the During the last few decades tropical wetlands Maya, Inca, Aztec, Nilotic and Mesopotamian have also been destroyed or considerably altered. Dams and embankments now prevent water from civilizations), but elsewhere their destruction allowed other societies to develop. For example the Nether­ spreading into the floodplains of several rivers, like lands literally 'emerged from the waters' thanks to the Senegal, Volta and Nile.