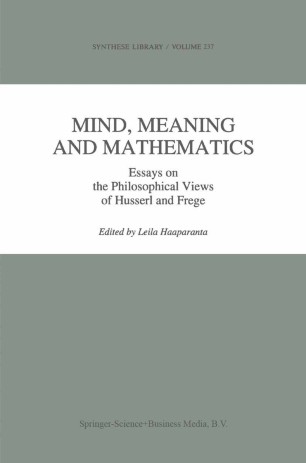 Essays on the Philosophical Views of Husserl and Frege

At the turn of the century, Gottlob Frege and Edmund Husserl both participated in the discussion concerning the foundations of logic and mathematics. Since the 1960s, comparisons have been made between Frege's semantic views and Husserl's theory of intentional acts. In quite recent years, new approaches to the two philosophers' views have appeared. This collection of articles opens with the first English translation of Dagfinn Føllesdal's early classic on Husserl and Frege of 1958. The book brings together a number of new contributions by well-known authors and gives a survey of recent developments in the field. It shows that Husserl's thought is coming to occupy a central role in the philosophy of logic and mathematics, as well as in the philosophy of mind and cognitive science. The work is primarily meant for philosophers, especially for those working on the problems of language, logic, mathematics, and mind. It can also be used as a textbook in advanced courses in philosophy.