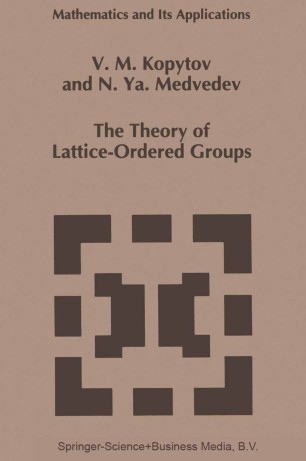 The Theory of Lattice-Ordered Groups

Part of the Mathematics and Its Applications book series (MAIA, volume 307)