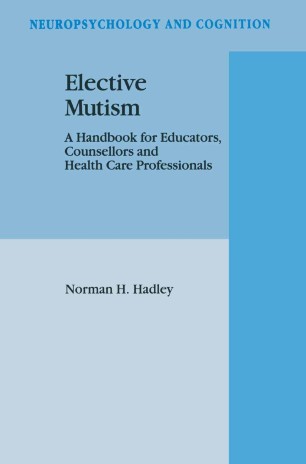 Part of the Neuropsychology and Cognition book series (NPCO, volume 5)

Undeniably, language is at the core of human existence. Merleau-Ponty (1945) posited that thought and language are one - cognition being language; language, cognition. Although such a categorical stance can be challenged from a number of theoretical perspectives as dogmatic and nonveridical, the critical role of language in humanness is irrefutable. It is what defines and distinguishes creatures at the apex of the phylogenetic scale. The fact that cognition predates verbal fluency and can take various nonverbal forms does not diminish the pivotal role of language - it is a functional requisite, an imperative. More than a mere vehicle to express thought, it transforms, modifies and shapes much of cognition. It cannot be trivialized. On many grounds man is capably rivalled by lower forms of existence - the gazelle is more graceful; the lion is stronger; the cheetah is fleeter. It is through his use of symbols that man usurps the ascendant position. Cassirer in Essay on Man (1946) described man as animal symbolicum, the animal that creates symbols and a symbolic world. Through language, humans transcend time and are able to describe events temporally removed - to reflect on the past, to conjecture the future. With words man can paint pictures, muse and dream, embrace and console, persuade and corrupt, educate and be educated. Language is a preferred performatory domain, nowhere more than in Western Civilization.