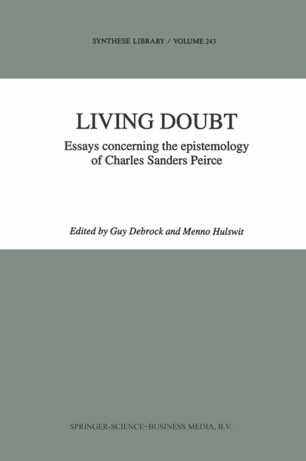 Charles Sanders Peirce (1839--1914) has often been referred to as one of the most important North American philosophers, but the real extent of his philosophical importance is only now beginning to emerge. Peirce's `pragmaticism' (his own term) may provide the key to an epistemological theory which avoids both the Scylla of foundationalism and the Charybdis of relativism. Peirce's `Logic', linked to a conception of knowledge and of science, is increasingly coming to be recognised as the only possible one.
In Living Doubt, 26 papers are presented by some of the world's leading philosophers, demonstrating the rich and cosmopolitan variety of approach to Peirce's epistemology. The contributions are grouped under three general headings: Knowledge, truth and the pragmatic principle; Peirce and the epistemological tradition; and Knowledge, language and semeiotic.