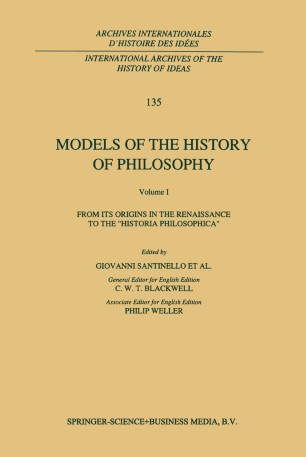 Models of the History of Philosophy: From its Origins in the Renaissance to the ‘Historia Philosophica’