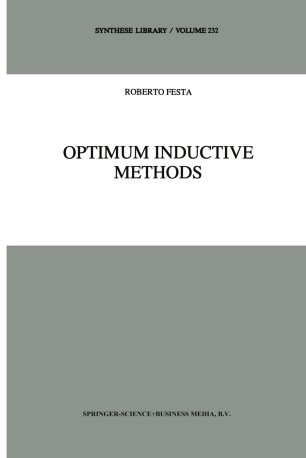 A Study in Inductive Probability, Bayesian Statistics, and Verisimilitude

This book deals with a basic problem arising within the Bayesian approach 1 to scientific methodology, namely the choice of prior probabilities. The problem will be considered with special reference to some inference methods used within Bayesian statistics (BS) and the so-called theory of inductive 2 probabilities (T/P). In this study an important role will be played by the assumption - defended by Sir Karl Popper and the supporters of the current verisimilitude theory (VT) - that the cognitive goal of science is the achievement of a high degree of truthlikeness or verisimilitude. A more detailed outline of the issues and objectives of the book is given in Section 1. In Section 2 the historical background of the Bayesian approach and the verisimilitude theory is briefly illustrated. In Section 3, the methods used in TIP and BS for making multinomial inference~ are considered and some conceptual relationships between TIP and BS are pointed out. In Section 4 the main lines of a new approach to the problem of the choice of prior probabilities are illustrated. Lastly, in Section 5 >the structure of the book is described and a first explanation of some technical terms is provided.