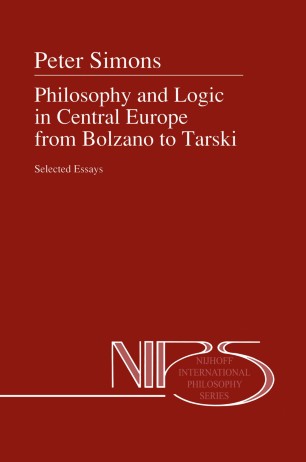 Philosophy and Logic in Central Europe from Bolzano to Tarski

ways of doing it, but it is wrong to project it far into the past: it did not exist at the turn of the century and only became clearly apparent after the Second World War. I recently taught at an American university on the his­ tory of philosophy from Balzano to Husserl. The course title had to come from a fixed pool and gave trouble. Was it philosophical logic, the nine­ teenth century, or phenomenology? A logic title would connote over this period Frege, Russell, Carnap, perhaps a mention of Boole: not continental enough. The nineteenth century? The century of Kant's successors: Fichte, Hegel, Schopenhauer, Feuer bach, Marx, Nietzsche? What have they to do with Balzano, Lotze, Brentano, Meinong, Husserl and Twardowski? Even­ tually 'Phenomenology' was chosen, misdescribing more than half of the course. That illustrates the problems one faces in trying to work against the picture of the period which is ingrained in minds and syllabuses. This book arises from my efforts to combat that picture. I backed into writing about the history of recent philosophy rather than setting out to do so. The beginning was chance. In Manchester in the early seventies, at a time when most English philosophy departments breathed re­ cycled Oxford air, the intellectual atmosphere derived from Cambridge and Warsaw, spiced with a breath of Freiburg and Paris.