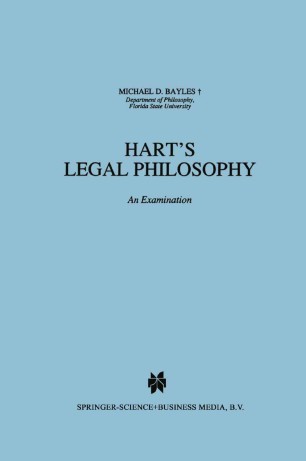 During the last half of the twentieth century, legal philosophy (or legal theory or jurisprudence) has grown significantly. It is no longer the domain of a few isolated scholars in law and philosophy. Hundreds of scholars from diverse fields attend international meetings on the subject. In some universities, large lecture courses of five hundred students or more study it. The primary aim of the Law and Philosophy Library is to present some of the best original work on legal philosophy from both the Anglo-American and European traditions. Not only does it help make some of the best work available to an international audience, but it also encourages increased aware­ ness of, and interaction between, the two major traditions. The primary focus is on full-length scholarly monographs, although some edited volumes of original papers are also included. The Library editors are assisted by an Editorial Advisory Board of internationally renowned scholars. Legal philosophy should not be considered a narrowly circumscribed field. Insights into law and legal institutions can come from diverse disciplines on a wide range of topics. Among the relevant disciplines or perspectives contributing to legal philosophy, besides law and philosophy, are anthropol­ ogy, economics, political science, and sociology. Among the topics included in legal philosophy are theories of law; the concepts of law and legal institu­ tions; legal reasoning and adjudication; epistemological issues of evidence and procedure; law and justice, economics, politics, or morality; legal ethics; and theories of legal fields such as criminal law, contracts, and property.

' The book deserves recognition as perhaps the most clever and scholarly account of Hart we shall be likely to see for some time. '
Neil MacCormick