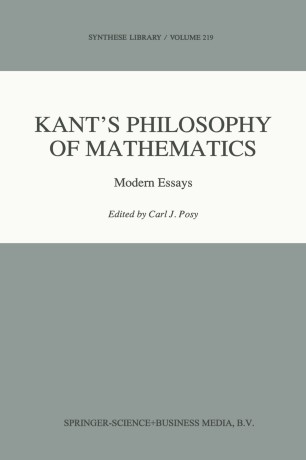 Kant's views about mathematics were controversial in his own time, and they have inspired or infuriated thinkers ever since. Though specific Kantian doctrines fell into disrepute earlier in this century, the past twenty-five years have seen a surge of interest in and respect for Kant's philosophy of mathematics among both Kant scholars and philosophers of mathematics.
The present volume includes the classic papers from the 1960s and 1970s which spared this renaissance of interest, together with updated postscripts by their authors. It also includes the most important recent work on Kant's philosophy of mathematics. The essays bring to bear a wealth of detailed Kantian scholarship, together with powerful new interpretative tools drawn from modern mathematics, logic and philosophy. The cumulative effect of this collection upon the reader will be a deeper understanding of the centrality of mathematics in all aspects of Kant's thought and a renewed respect for the power of Kant's thinking about mathematics. The essays contained in this volume will set the agenda for further work on Kant's philosophy of mathematics for some time to come.