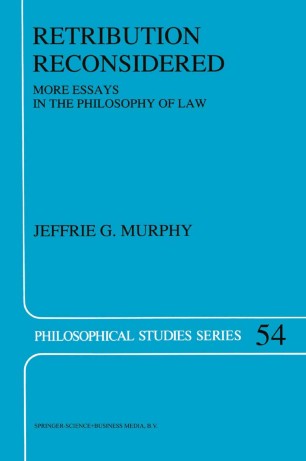 More Essays in the Philosophy of Law

Jeffrie G. Murphy's second collection of essays further pursues the topics of punishment and retribution that were explored in his 1979 collection Retribution, Justice and Therapy.
Murphy now explores these topics in the context of political philosophy as well as moral philosophy, and he now begins to develop some doubts about the version of the retributive theory with which his name has long been associated.