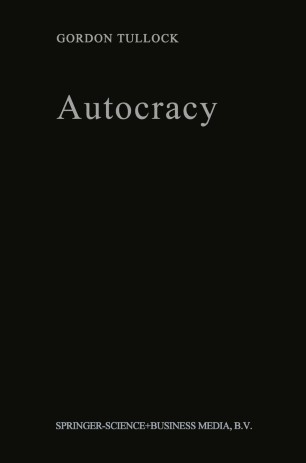 My first serious thought about a scientific approach to politics was in Communist China. When the Communists seized China, the American Department of State, which was planning to recognize them, left its entire diplomatic establishment in place. At the time, I was a Vice Consul in Tientsin, so I found myself living under the Communists. While the Department of State was planning on recognizing the Communists, the Communist plans were obscure. In any event, they weren't going to recognize us in the Consulate­ General until formal relations were established between the two governments, so I had a great deal of leisure. As a man who then intended to spend his life as a political officer in the Department of State, I decided to fill in this time by reading political science. I rapidly realized, not only that the work was rather unsatisfactory from a scientific standpoint, but also that it didn't seem to have very much relevance to the Communist government under which I was then living. ! I was unable to solve the problem at the time, and after a number of vicissitudes which included service in Hong Kong and South Korea, neither of which was really a model of democracy, I resigned and switched over to an academic career primarily concerned with that mixture of economics and political science which we call Public Choice. Most of my work in Public Choice has dealt with democratic governments.