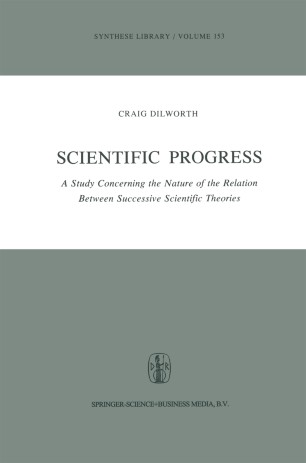 For the philosopher interested in the idea of objective knowledge of the real world, the nature of science is of special importance, for science, and more particularly physics, is today considered to be paradigmatic in its affording of such knowledge. And no understand­ ing of science is complete until it includes an appreciation of the nature of the relation between successive scientific theories-that is, until it includes a conception of scientific progress. Now it might be suggested by some that there are a variety of ways in which science progresses, or that there are a number of different notions of scientific progress, not all of which concern the relation between successive scientific theories. For example, it may be thought that science progresses through the application of scientific method to areas where it has not previously been applied, or, through the development of individual theories. However, it is here suggested that the application of the methods of science to new areas does not concern forward progress so much as lateral expansion, and that the provision of a conception of how individual theories develop would lack the generality expected of an account concerning the progress of science itself.