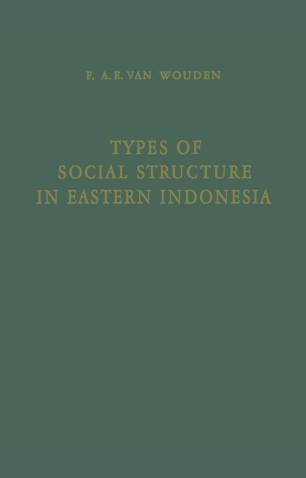 BY G. W. LOCHER Some years ago, in a discussion of the modern concept of structure, Levi-Strauss contended that the extraordinarily widespread employment of the term "structure" since 1930 reflected a rediscovery of the concept and the term rather than the continuation of a prior usage. This assertion may be correct in general, but it does not apply to the N ether­ lands, at least nOlI: so far as the concept of structure is concerned. The transmission of the concept in that country can in fact be quite easily traced. It began in 1917 with the publication by van Ossenbruggen of a study of the Javanese notion of montja-pat,l a paper which was in­ fluenced to a high degree by the famous monograph by Durkheim and Mauss, "De quelques formes primitives de classification", which had been published at the beginning of the century. 2 An even clearer structural approach is to be found in the extensive Leiden thesis of 3 W. H. Rassers, De Pandji-Roman. This dissertation itself refers with particular emphasis to van Ossenbruggen's paper and to the monograph by Durkheim and Mauss, as well as to various other publications by them. The ,studies later made by Rassers were also of such a kind that when a collection of them was published in English in 1959, under the title Panji, The Culture Hero, 4 they were aptly subtitled "A Structural Study of Religion in Java".