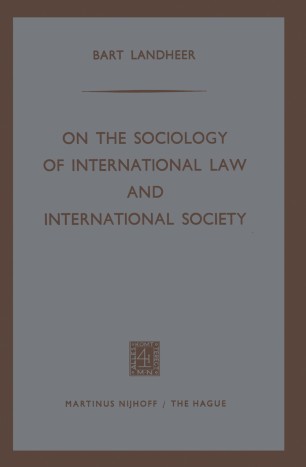 The academic or scientific occupation with international relations is not always an encouraging task. At times one gets an image of the enormous psychic and physical forces which operate in the international realm, and it then seems that the role of the publicist is almost a negligible one. If one, in addition, arrives at the conclusion that human social action is not really a volitional process, then there is indeed ample room for pessimism and despair. Nevertheless, in the complexity of our consciousness, the different elements of which life is made of blend into a unity of which the idea is as much a part or even more so than the deed or action. The stress on action expresses the crudeness of our times but the idea has been much more the motivation of history and its cohesive force over long periods. Action in terms of force is never in itself the entire solution because it carries no conviction or understanding, at least unless its role is a very moderate one.