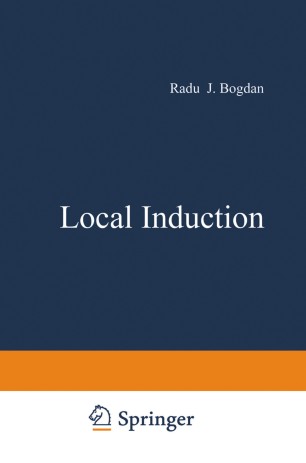 The local justification of beliefs and hypotheses has recently become a major concern for epistemologists and philosophers of induction. As such, the problem of local justification is not entirely new. Most pragmatists had addressed themselves to it, and so did, to some extent, many classical inductivists in the Bacon-Whewell-Mill tradition. In the last few decades, however, the use of logic and semantics, probability calculus, statistical methods, and decision-theoretic concepts in the reconstruction of in­ ductive inference has revealed some important technical respects in which inductive justification can be local: the choice of a language, with its syntactic and semantic features, the relativity of probabilistic evalua­ tions to an initial body of evidence or background knowledge and to an agent's utilities and preferences, etc. Some paradoxes and difficulties encountered by purely formal accounts of inductive justification, the erosion of the once dominant empiricist position, which most approaches to induction took for granted, and the increasing challenge of noninduc­ tivist epistemolgies have underscored the need of accounting for the methodological problems of applying inductive logic to real life contexts, particularly in science. As a result, in the late fifties and sixties, several related developments pointed to a new, local approach to inductive justification.