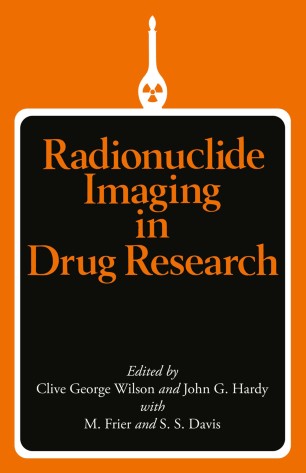 The use of gamma-emitting radionuclides for diagnostic imaging in nuclear medicine has been established for many years. Sophisticated gamma ray detecting camera systems and computer links enable the clinical investigator to image different regions of the body and to quantify organ function. Parallel developments have also occurred in the field of radiopharmaceuticals, and today a wide range of products is available that will exhibit specific uptake within target tissues following parenteral administration. For example, radioiodide is taken up by the thyroid and iodinated fatty acids can be used to image the myocardium. Labelled antibodies have been used with success to target certain tumours. The concept of targeting has also been considered by pharmaceutical scientists who wish to deliver drugs rather than radionuclides to specific sites in the body. The systems that have been employed are often physically similar to those used as radiopharmaceuticals (for example colloids, aerosols and liposomes). Furthermore, pioneering work by Digenis and others in the United States States and by Alpsten and co-workers (1976)in Sweden had demonstrated the potential of gamma scintigraphy for investigating the fate of tablets and capsules in the gastrointestinal tract of man in a non­ invasive way. In 1979, the Biopharmaceutics Research Group at Nottingham together with academic pharmacists from Manchester held a one-day syffiposium at Nottingham University to discuss how radio­ nuclides could be used in drug formulation studies to provide better approaches for the delivery of drugs to their sitesof action.