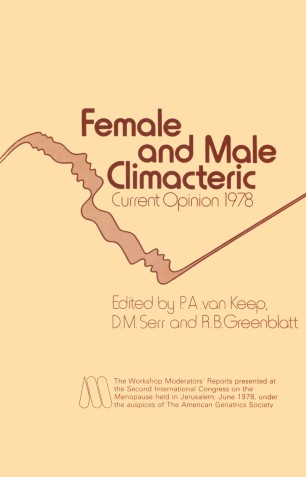 The decision taken during the First International Congress on the Menopause in June 1976 to repeat the exercise 2 years later turned out to be a good one. In the last few years much work has been done on the subject of the menopause. I t is, of course, a subject of many facets, but of particular importance recently has been the work done as a result of the reports appearing in 1975 and 1976 alleging an increase in the incidence of endometrial carcinoma in women who had used oestrogens, and of other effects, some beneficial others deleterious, reportedly seen when oestrogens were administered. 1978 seemed the right time to re-assess the situation, and the Second Inter­ national Congress on the Menopause provided a good platform. The congress was held in Jerusalem in June 1978. It took the form of a series of 12 workshops, each of which, within a prescribed framework, was planned and presided over by a moderator experi­ enced in that particular field. The 12 moderators were free to organize their sessions in whichever way they wished, and to invite whoever they wished to present papers and to join in the discussions. In addition the workshops were open to anyone who wished to attend.