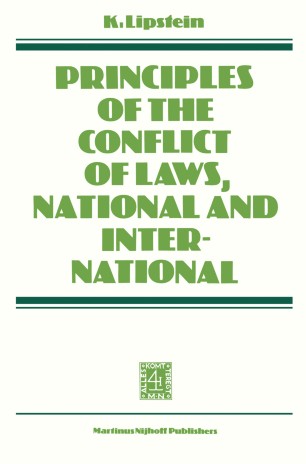 Principles of the Conflict of Laws National and International

The present volume reproduces with slight changes the course of lectures given at The Hague in 1972 under the title of "The General Principles of Private International Law". The substance of these lec­ tures has remained unaltered, but a number of insertions serve to cor­ rected some formal mistakes and misprints, added references to literature, some older, some more recent, without attempting to be exhaustive, and modified and supplemented the former exposition in two respects, where subsequent criticisms called for a review. The first concerns the place of public policy in Public International Law, the second deals with spatially-