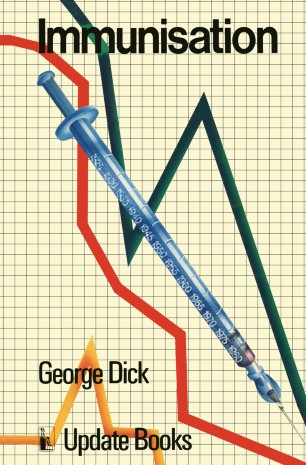 The development of immunisation has been one of the most striking features in the control of infectious disease in the twentieth century. This book takes into account the need for a simple, concise account of immunisation procedures not only in the UK and USA but also in other countries, and to this end a special chapter on immunisation in developing countries has been included. Following two introductory chapters, there are nine chapters on various diseases and the vaccines that have been developed to combat them. In each of these chapters, a short discussion of the epidemiology of the disease and the history of immun­ isation against it is followed by a description of the vaccine, its efficacy, contraindications to its use and future developments. The book concludes with four general chapters on vaccines for travel, vaccines for selective use, passive immunisation and immunisation in tropical environments. The demand for this book follows the popularity of a series of articles on immunisation which appeared in Update. These have been expanded and largely rewritten. I have drawn on many expert sources and have made an effort to provide a balanced and non-controversial opinion with a discussion of alternative procedures where indicated. Immunisation is intended not only for the family practitioner but also for many specialists, particularly paediatricians, community physicians, Armed Forces medical officers, and all those concerned with immigration procedures and with the spread of infectious diseases. Medical students, nurses and para­ medical staff will also find much of value.