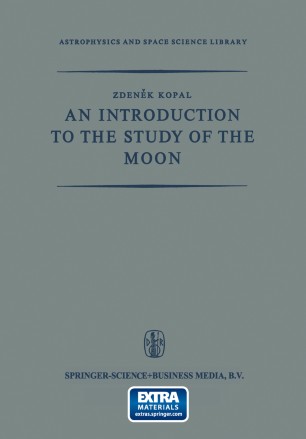 An Introduction to the Study of the Moon

After several decades spent in astronomical semi-obscurity, the Moon has of late suddenly emerged as an object of considerable interest to students of astronomy as well as of other branches of natural science and technology; and the reasons for this are indeed of historical significance. For the Moon has now been destined to be the first celestial body outside the confines of our own planet to be reconnoitered at a close range by means of spacecraft built and sent out by human hand for this purpose. At the time of writing, not less than ten such spacecraft of American as well as Rus­ sian origin landed already on different parts of the lunar surface; and some of these provided remarkable records of its detail structure to a spatial resolution increased thousandfold over that attained so far from our ground-based facilities. A renewed interest in our satellite, stemming from this source, on the part of the students of many branches of science and technology has also underlined the need for presenting the gist of our present knowledge in this field in the form that could serve as an introduction to the study of the Moon not only for astronomers, but also for serious students from other branches of science or technology.