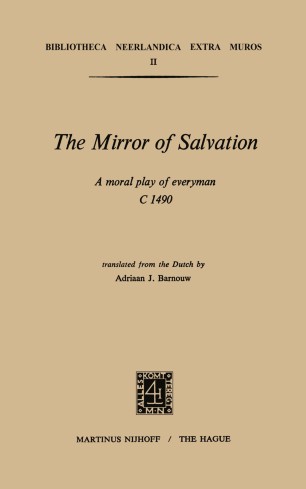 The Mirror of Salvation

In two world wars waged within the life time of one generation Death reaped a prolific harvest. His most formidable scythe in former days was not war but pestilence. But since medical science has forged all kinds of weapons wherewith to strike that dreaded tool out of his knuckles he resorted in our lifetime to a new technique of morticulture which has yielded him un­ dreamt-of results. Using race hatred as fertilizer he has grown on the soil of the globe a crop of dead whose size baffles the imagination. The executioners whom he employed in Hitler's Germany kept careful record of the loathsome work they did for him in torture camps and gas chambers. They reckoned that six million Jews were delivered to Death by their efforts. In Holland alone only fifteen thousand of her one hundred and fifty­ thousand Jews survived the massacre. Death was the chief war profiteer. Though his inflated power was reduced by the overthrow of his Nazi henchmen, his innings are still large as he stalks across the world with his satellites Poverty, Hunger, and Disease.