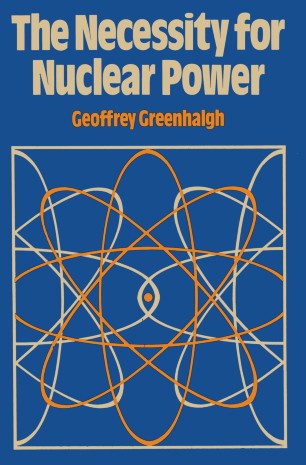 The Necessity for Nuclear Power

Energy is no longer a purely technical and commercial question; it has become a political issue affecting the welfare of all mankind with far-reaching implications for the preservation of world peace. It is therefore vitally important for all of us that the right energy decisions be taken without delay and that the important contri­ bution which nuclear energy can make toward the solution of the world energy problem should not be overlooked or, even worse, discarded. It is now recognized that the only significant choices we have, until at least the end of this century, for the production of electric power are coal and nuclear energy and at some places hydropower. Of course, we have to use all other alternative energy sources available and capable of development, but one should realize that by the end of the century, those sources can only make a marginal contribution. The shrinking world reserves and rising costs of petroleum will eventually eliminate it as a source of energy, except for propulsion purposes and uses by the petro-chemical industry. Conservation measures in the more affluent countries and higher priority given to alternative energy technologies may only retard the growth of the demand for electricity.