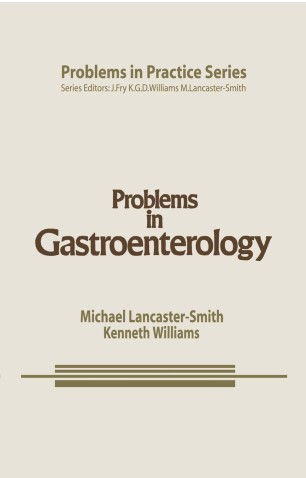 Part one of the book presents the gastrointestinal problems that commonly face the general practitioner. Emphasis is placed on analysis of clinical data and how this may provoke the most profitable lines of investigation. Many of the investigation and treatment protocols are within the scope of general practice, but hospital management is also included. It was possible to deal with common oesophageal diseases under the heading of oeso­ phageal problems in Part 1. In contrast, it proved impossible to discuss adequately all of the common diseases affecting other organs of the digestive system under the problem headings. For this reason, a fuller ac count of many common alimentary diseases is provided in Part two. M. L.-5. K. G. D. W. 9 Series Foreword This series of books is designed to help general practitioners. So are other books. What is unusual in this instance is their collec­ tive authorship; they are written by specialists working at district general hospitals. The writers derive their own experi­ ence from a range of cases less highly selected than those on which textbooks are traditionally based. They are also in a good position to pick out topics which they see creating difficulties for the practitioners of their district, whose personal capacities are familiar to them; and to concentrate on contexts where mistakes are most likely to occur. They are all well-accustomed to working in consultation.