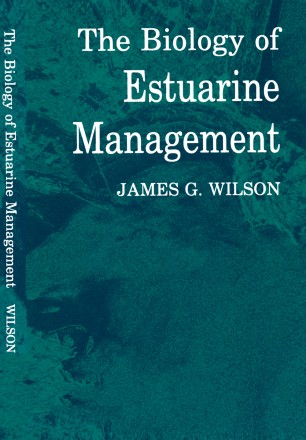 The Biology of Estuarine Management

Estuaries are the interface between man and the sea. and they are the channels for the impact of man on the marine environment. Because they are to a greater or lesser extent connected to the sea. they have traditionally been regarded as part of that seemingly infinite resource. or at best an open-ended means of access to it. This approach has led to conflicts between the users of the estuary. and with the increase not only in population but more particularly in the developed countries in manufacturing output. these conflicts have become more and more acute . The estuary should always be regarded as a resource. and a finite resource at that. and the problem in management is to optimise the use of that resource. It is clearly wasteful and inefficient not to use it to its full capacity. and this includes both overuse of the system. such that the whole thing collapses. and underuse. in which there is still spare capacity for one use or another. The objective of this book is to explore the uses to which estuaries are put and the means by which the performance of the system under load may be assessed. It seems appropriate here to mention that although this book will be talking about estuaries. the majority of it will be applicable also to lagoons. semi-enclosed bays and other such systems.