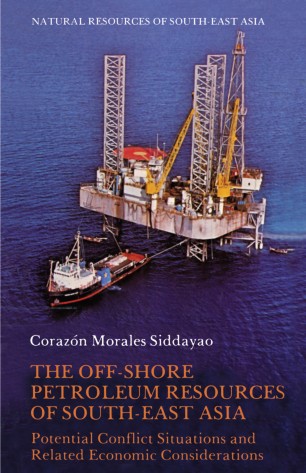 l INTEREST in the off-shore petroleum resources of South-East Asia was manifested in the 1960s when development in off-shore technol­ ogy allowed oil companies to search beyond prospective land areas. The dramatic increases in oil prices in the early 1970s but more particularly the events of 1973 and 1974, when world oil prices were quadrupled by the oil exporting nations and major supply cutbacks were experienced by certain developed nations, further heightened this interest. Cost/price relationships had not only improved and made off-shore oil in hitherto less attractive areas commercially prospective; nations that were net importers and whose international exchange reserves were strained by the high import costs of foreign oil also found it prudent to begin looking for indigenous resources and to encourage such search. The search for and discovery of petroleum in South-East Asia on the scale in which it has been conducted in the last ten years was new to the region. It was natural, therefore, for students of South-East Asia to raise questions about its progress, questions concerning in­ ternational relations, social impacts, and economic policy im­ plications. The purpose of this study is to try and answer the question: 'What are the potentials for conflicts or cooperation among nations arising from the search for petroleum resources in the seabeds of South-East Asia?' The problem of conflicts or cooperation among nations is a topic that has many facets and may involve a multitude of issues, for example, legal, economic, technical, security, social, etc.