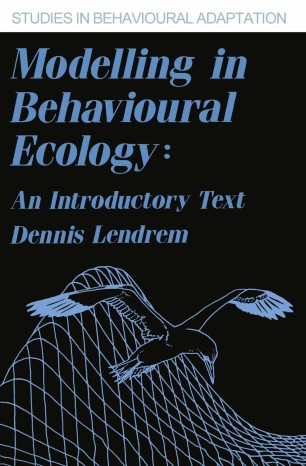 Part of the Studies in Behavioural Adaptation book series (SBA)

In the early years of this century a Scottish doctor speculated on the evolutionary origin of human tears. It seemed to him that with the increase in brain size and cognitive powers of our early ancestors many events in the struggle for existence would be just too distressing to observe. How comforting then, for the mother, distraught by the sight of her child being devoured by a lion, to cloud her vision with a flood of tears! Just so, though if the good doctor had pondered further, the following picture might have occurred to him, comfortable in his speculative armchair, and given him some pause for thought. ~ ~. e , ~ ~ ~' I " . . ~. . - . . . . . ~ VII viii SERIES EDITOR'S FOREWORD These stories do not, of course, get us very far in explaining the evolution of tears or anything else, but they do remind us how far the study of beha­ vioural adaptation has come this century. This is, in fact, an exciting time for students of behaviour. The last twenty years have seen a great advance in the theoretical armoury for tackling problems of behavioural evolution and adaptation, and a parallel expansion in empirical studies, particularly in the field. The concepts of inclusive fitness and evolutionary stability, for example, have helped to explain major features of social behaviour and have generated entirely new questions and predictions for the field worker to examine.