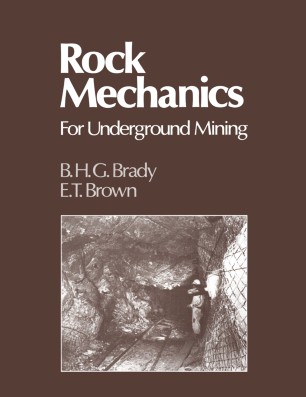 Rock mechanics is a field of applied science which has become recognised as a coherent engineering discipline within the last two decades. It consists of a body of knowledge of the mechanical properties of rock, various techniques for the analysis of rock stress under some imposed perturbation, a set of established principles expressing rock mass response to load, and a logical methodology for applying these notions and techniques to real physical prob­ lems. Some of the areas where application of rock mechanics concepts have been demonstrated to be of industrial value include surface and subsurface construction, mining and other methods of mineral recovery, geothermal energy recovery and subsurface hazardous waste isolation. In many cases, the pressures of industrial demand for rigour and precision in project or process design have led to rapid evolution of the engineering discipline, and general improvement in its basis in both the geosciences and engineering mechanics. An intellectual commitment in some outstanding research centres to the proper development of rock mechanics has now resulted in a capacity for engineering design in rock not conceivable two decades ago. Mining engineering is an obvious candidate for application of rock mechanics principles in the design of excavations generated by mineral extrac­ tion. A primary concern in mining operations, either on surface or underground, is loosely termed 'ground control', i. e.