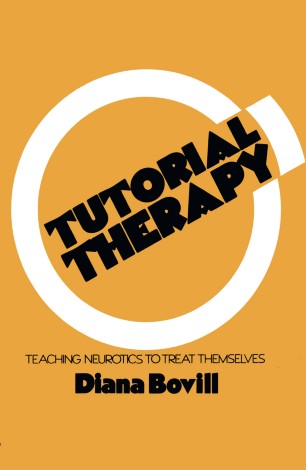 Teaching Neurotics to Treat Themselves

Dr Bovill is a remarkable person and this book is an eloquent expression of remarkable achievement. When, some seven years ago, I came to the North West from the relative psychotherapeutic luxury of London, I was amazed to discover a busy whole-time general psychiatrist who claimed that she and her staff were giving a comprehensive service for the treatment of psycho­ neurosis by psychological means. I did not accept the facts but I believed in the genuineness of the person, Diana Bovill. After careful observa­ tion and enquiry, my initial scepticism turned to admiration. I do not know of any psychotherapist who before has provided such skilled therapy for so many people at once. Another, and in some ways greater, surprise awaited me. Dr Bovill has consistently, dedicatedly, striven to describe clearly, and to evalu­ ate scientifically, her work - an attempt all too rare amongst psycho­ therapists. Entering psychiatry at a somewhat advanced age, she achieved the rare, and perhaps unique, distinction of being awarded a Doctorate of Medicine at London University for a study in psycho­ therapy research, approved by the doyen of British psychiatry Sir Aubrey Lewis.