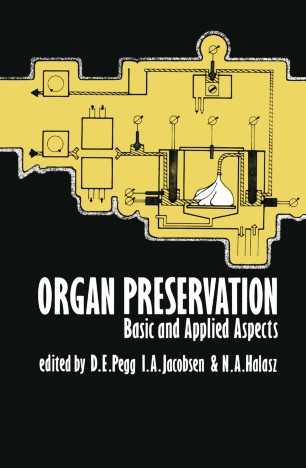 Basic and Applied Aspects A Symposium of the Transplantation Society

During the past 10 years, there have been many international meetings on the storage of organs prior to transplantation, and several have led to the publication of proceedings; there have also been a number of other books on this subject-. Most of these publications have concentrated on practical clinical aspects of organ preservation and on empirical animal experiments directed towards well-defined clinical objectives. Progress was rapid at first, but it is now generally agreed that there has been little improvement in techniques during the past 5 years, although understanding has certainly increased. In 1980 the Tissue Preservation and Banking Committee of the Transplantation Society decided that a fresh approach to the problem of improving preservation methods was needed: it was decided to hold a conference at which an opportunity would be provided to return to basic principles and to examine some of the advances that have occurred in recent yelns in areas of physiology that might be important for further improvements in preservation. The conference was held in Cambridge, UK, in April 1981 and this book is based upon the papers presented to that meeting and the work of a small discussion group that met after the main meeting. The book starts with six basic review chapters, followed by sections on the effects of ischaemia and anoxia, and on biochemical and pharmacological aspects of hypothermia. Chapters dealing with organ preservation by initial perfusion followed by hypothermia, and by continuous hypothermic perfusion, follow.