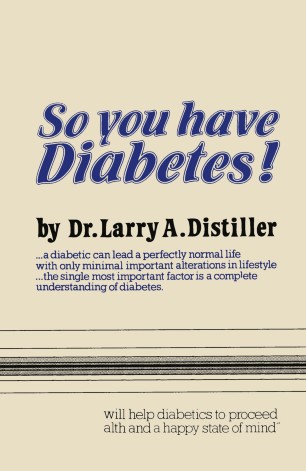 So you have Diabetes!

Diabetes is one of the oldest diseases known to mankind. It was first mentioned in the Ebers Payrus (Egypt 1500 BC) and 'honey urine' was noted by Sushrutha in India in 400 BC. By the first century of the Christian era the disease was well known, both in Roman writings and in Chinese and Japanese writings. The word 'diabetes' was first coined by the Greeks. It means a passing-through of water. They described it as a 'melting of flesh into water', meaning urine. Then in 1674 Doctor Willis discovered by heating, tasting and evaporating urine that a sweet sticky substance was in it, which, of course, was sugar. Rut sugar was not known in England in those days and honey was the only real sweet tasting substance. The Latin word 'mel' which means honey was used and the disease came to be known as diabetes mellitus - that is, the passing of honeyed urine. This is still the full name of the disease.