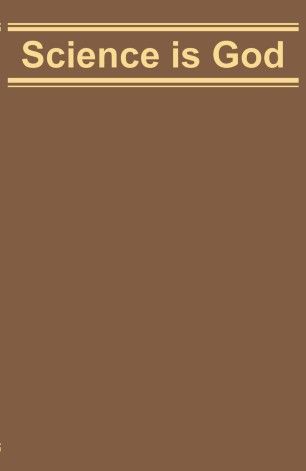 I am becoming increasingly disturbed by the lack of under­ standing of science revealed by politicians, industrialists and the general public. I am also concerned about the widespread mis­ use of the word "scientific" which is more and more being used in situations where it is quite inappropriate. As a result, in some circumstances gross overestimates are made as to what science can do. In other circumstances the real power of science is foolishly underestimated and the contributions which it can make are squandered. Science is God is an attempt to explain just what is meant by the scientific approach and to define more closoJ. y what the word "scientific" indicates. It is deliberately brief and controversial because I want it to be read. In fact, the material dealt with in each single chapter really deserves a whole book to itself. In the future I hope that I may be able to give to each subject such full treatment. Meanwhile I hope that this book will stimulate discussion about science and will increase understanding of it. DAVID F.