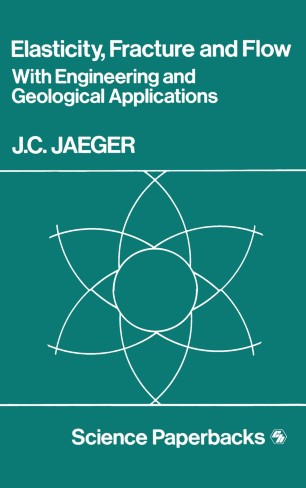 with Engineering and Geological Applications

IN this monograph I have attempted to set out, in as elemen­ tary a form as possible, the basic mathematics of the theories of elasticity, plasticity, viscosity, and rheology, together with a discussion of the properties of the materials involved and the way in which they are idealized to form a basis for the mathe­ matical theory. There are many mathematical text-books on these subjects, but they are largely devoted to methods for the solution of special problems, and, while the present book may be regarded as an introduction to these, it is also in­ tended for the large class of readers such as engineers and geologists who are more interested in the detailed analysis of stress and strain, the properties of some of the materials they use, criteria for flow and fracture, and so on, and whose interest in the theory is rather in the assumptions involved in it and the way in which they affect the solutions than in the study of special problems. The first chapter develops the analysis of stress and strain rather fully, giving, in particular, an account of Mohr's repre­ sentations of stress and of finite homogeneous strain in three dimensions. In the second chapter, on the behaviour of materials, the stress-strain relations for elasticity (both for isotropic and simple anisotropic substances), viscosity, plas­ ticity and some of the simpler rheological models are described.