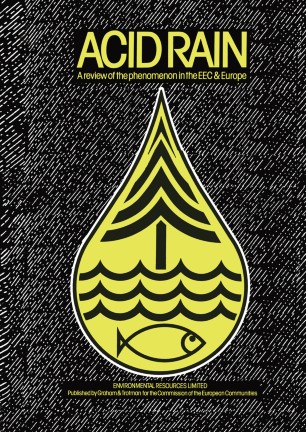 A review of the phenomenon in the EEC and Europe

The report examines the extent of environmental damage in the Community and in certain other European countries that may be attributable to acid pollutant emissions within Member States. The study assesses the evidence for possible causal effects and considers the physical, chemical and biological processes which have been suggested as damage mechanisms. Concern in Europe has grown in the past few years as a result of observed damage to forests found principally in central and southern Germany, and also because of the loss of fish populations in the lakes of parts of south west Norway and Sweden. More recently, a few lakes, rivers and streams in Scotland, England and Wales, with geological and upper river catchments similar in character to those areas of Scandinavia referred to, have also reported absence or death of fish. Acid precipitation is considered a possible contributory cause. Loss of needles from pine trees has also been found in other areas of the Community. Less well appreciated is the existence of damage to building materials, caused by short range acid pollutant effects and the possibility under certain conditions that yields of some crops and vegetables are affected by the dry deposition of acid pollutants and their derivative products. Historically most attention has focused on S02, and its oxidised 'wet' form, sulphuric acid. Overall emissions of S02 in the Community have declined in the last ten years and this trend may well continue.