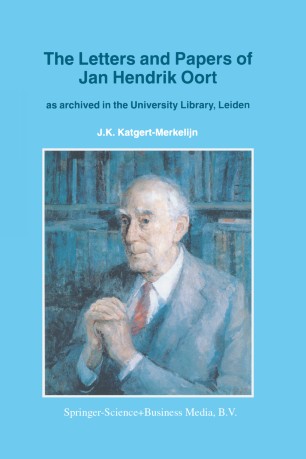 The Letters and Papers of Jan Hendrik Oort

As Archived in the University Library, Leiden

The astronomer Jan Hendrik Oort (1900-1992) left behind an extensive collection of notes and correspondence, both on his research and on matters that concerned him in a variety of official functions. Upon Oort's death, the collection was augmented by more personal papers, letters, journals, and diaries.
The resulting collection forms a rich source of information on many aspects of twentieth-century astronomy, in which Oort played such an important role. The scientific and personal material covers the entire span of time from Oort's early youth until his death.
To make these papers accessible to a wide circle of users, the collection has now been catalogued and described; the result is presented in this volume. A name index and a subject index have been added to facilitate access. The inventory is accompanied by a short biographical sketch, and a number of photographs, mostly relating to Oort's career as a scientist.
The original papers themselves are archived in the Leiden University Library.