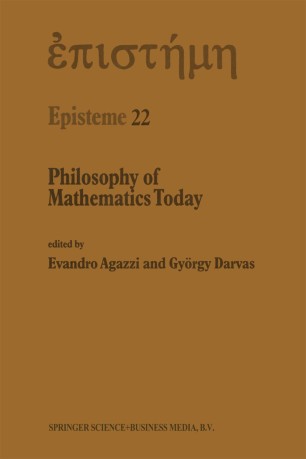 Mathematics is often considered as a body of knowledge that is essen­ tially independent of linguistic formulations, in the sense that, once the content of this knowledge has been grasped, there remains only the problem of professional ability, that of clearly formulating and correctly proving it. However, the question is not so simple, and P. Weingartner's paper (Language and Coding-Dependency of Results in Logic and Mathe­ matics) deals with some results in logic and mathematics which reveal that certain notions are in general not invariant with respect to different choices of language and of coding processes. Five example are given: 1) The validity of axioms and rules of classical propositional logic depend on the interpretation of sentential variables; 2) The language­ dependency of verisimilitude; 3) The proof of the weak and strong anti­ inductivist theorems in Popper's theory of inductive support is not invariant with respect to limitative criteria put on classical logic; 4) The language-dependency of the concept of provability; 5) The language­ dependency of the existence of ungrounded and paradoxical sentences (in the sense of Kripke). The requirements of logical rigour and consistency are not the only criteria for the acceptance and appreciation of mathematical proposi­ tions and theories.