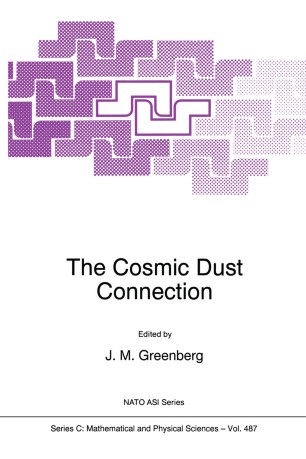 Solid particles are followed from their creation through their evolution in the Galaxy to their participation in the formation of solar systems like our own, these being now clearly deduced from observations by the Hubble Space Telescope as well as by IR and visual observations of protostellar disks, like that of the famous Beta Pictoris object. The most recent observational, laboratory and theoretical methods are examined in detail. In our own solar system, studies of meteorites, comets and comet dust reveal many features that follow directly from the interstellar dust from which they formed. The properties of interstellar dust provide possible keys to its origin in comets and asteroids and its ultimate origin in the early solar system. But this is a continuing story: what happens to the solid particles in space after they emerge from stellar sources has important scientific consequences since it ultimately bears on our own origins - the origins of solar systems and, especially, of our own earth and life in the universe.