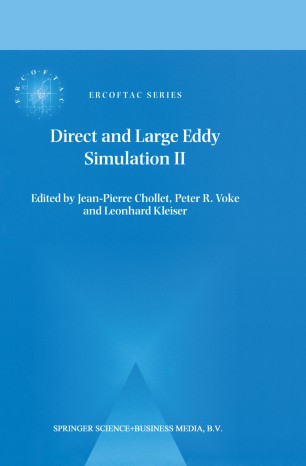 Proceedings of the ERCOFTAC Workshop held in Grenoble, France, 16–19 September 1996

Progress in the numerical simulation of turbulence has been rapid in the 1990s. New techniques both for the numerical approximation of the Navier-Stokes equations and for the subgrid-scale models used in large-eddy simulation have emerged and are being widely applied for both fundamental and applied engineering studies, along with novel ideas for the performance and use of simulation for compressible, chemically reacting and transitional flows.
This collection of papers from the second ERCOFTAC Workshop on Direct and Large-Eddy Simulation, held in Grenoble in September 1996, presents the key research being undertaken in Europe and Japan on these topics. Describing in detail the ambitious use of DNS for fundamental studies and of LES for complex flows of potential and actual engineering importance, this volume will be of interest to all researchers active in the area.