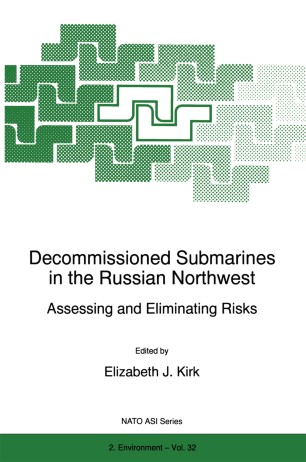 Decommissioned Submarines in the Russian Northwest

Until the late 1970s, most commercial power plant operators outside the United States adopted a spent fuel management policy of immediate reprocessing and recycling of recovered products. In response to rising reprocessing prices, decreasing values of re­ covered products, concerns over proliferation risks, and a belief in the favorable eco­ nomics of direct disposal, many utilities have since opted to store spent fuel on an in­ terim basis pending the availability of direct disposal facilities or a change in the eco­ nomic and/or political climate for reprocessing and recycling uranium and plutonium. Spent fuel has traditionally been stored in water-filled pools located in the reactor building or fuel handling buildings, on reactor sites, or as part of large centralized fa­ cilities (e.g. Sellafield, La Hague, CLAB). Because the economics of pool storage are dependent on the size of the facility, the construction of additional separate pools on reactor sites has only been pursued in a few countries, such as Finland and Bulgaria.