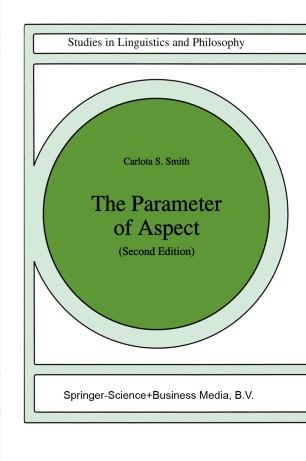 The Parameter of Aspect

Part of the Studies in Linguistics and Philosophy book series (SLAP, volume 43)

While working on this project I have received institutional support of several kinds, for which I am most grateful. I thank the Institute for Advanced Study at Stanford University, and the Spencer Foundation. for a stimulating environment in which the basic idea of this book was developed. The Max Planck Institute for Psycho linguistics at Nijmegen enabled me to spend several months working on the the manuscript. A National Science Foundation grant to develop Discourse Representation Theory, and a grant from The University Research Institute of the University of Texas, also gave me time to pursue this project. I thank Helen Aristar-Dry for reading early drafts of the manuscript, Osten Dahl for penetrating remarks on a preliminary version, and my collaborator Gilbert Rappaport for relentless comments and questions throughout. People with whom I have worked on particular languages are mentioned in the relevant chapters. lowe a special debt of gratitude to the members of my graduate seminar on aspect in the spring of 1990: they raised many questions of importance which made a real differ­ ence to the final form of the theory. I have benefitted from presenting parts of this material publicly, including colloquia at the University of California at Berkeley, the University of California at San Diego, the University of Pennsylvania, Rice University, the University of Texas, and University of Tel Aviv. I thank Adrienne Diehr and Marjorie Troutner for their efficient and good-humored help throughout the work on the first edition.

"The book is well organized and easy to follow. In conclusion this work is an important contribution to the study of aspect. The first edition of the book became one of the basic works on aspect, cited by many and used as a textbook by some. I believe this edition will gain the same respect."
(Pragmatics & Cognition, 8:2 (2000)
Buy options